According to foxnews.com, the National Geographic Channel is going to send a message to outer space directed at extraterrestrials. The message will be comprised of tweets sent to #ChasingUFOs from June 29th to June 30th.

Then on August 15th, the National Geographic Channel is going to send the encrypted binary transmission to outer space in honor of the anniversary of the "Wow!" Signal.

It was August 15th, 35 years ago, that astronomers at Ohio State University picked up a 72-second radio transmission coming from the direction of the constellation Sagittarius. This is known as the "Wow!" Signal. It got its name because an astronomer name Jerry Ehman wrote the word "Wow!" on the paper printout of the data.The signal had peaks that were 30-times as powerful as the ambient signals they usually received.

There has never been a documented experience like this since. 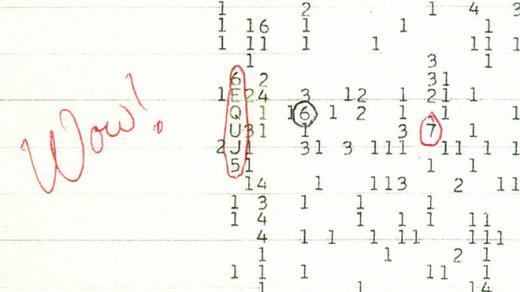 Nazis Possessed A Buddhist Alien Artifact
UFO Evidence in the Age of Information: Why Isn't There More?
Former Colonel To Request Amnesty For UFO Witnesses

UFO Caught on Camera in South Korea
Tweets by @15thand5th